Christie has been a Realtor since 2005 and prior to that she worked as an IT professional after graduating from Jacksonville State with a CIS/Business Admin degree.

Her mom had been in the real estate business for over 30 years and encouraged her to take the jump and pursue the career she had passion for.

Since then, she has worked mostly resale business, representing buyers and sellers. In addition, Christie has worked with several investors, and she and her husband own several investment properties themselves.

Christie grew up in Dekalb County, Alabama, in a small town called Rainsville. She moved to Birmingham in 1992. She married Robbie 10 years ago, and became step-mom to Nick and Crystal. They are active members at Church of the Highlands, Riverchase Campus and serve in several capacities there.  They try to make a trip each year to somewhere they’ve never been before.

So far, that has taken them from the Cape in Massachusetts to Southern California Coast. And, they’ve got some pets they’re pretty crazy about, too. 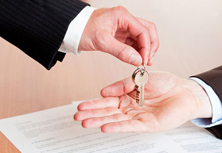